How to Loop Through the Array of JSON Objects in JavaScript

There may be times where you feel you need to make a loop through the array of JSON objects in JavaScript. However, you no longer need to worry about this, as it can be done using an array of numbers, strings, or objects. There are numerous ways of looping in JavaScript and throughout this article we’ll help you grasp them.

There are a few types of ways to categorize the loops in JavaScript. These are essential to know as they play a significant role in understanding the concept.

Categories of Loops in JavaScript

The For Loop comes first because of its simplicity and ease of use. It is a very user-friendly kind of loop that runs with a method of using a counter.

The value is first set with an appropriate condition, which is also called ‘initializing a loop’. Next, the terminal or final value is specified. The For Loop makes things really easy when you need to run a set of codes multiple times.

The For Loop is further divided into:‍

The following piece of code is a perfect example of how to use a for loop through an array.

2. Making a loop through DOM elements

The For loop can also be used to alter colors. Consider a situation where you want to choose a particular color for all the anchors of your page. In order to do so, use the following piece of code.
{% code-block language="js" %}
var elements = document.querySelectorAll("a");
for (var i=0; i<elements.length; i++) {
elements[i].style.color = "red";
}
‍{% code-block-end %}

When you look at the above code, things might not seem very clear.

I first used `document.querySelectorAll("a")` to get all of my anchors in the array format. Once that was done, the next step looped all the array and changed its color.

Here, we used the color red, but you may choose any color in the code and the anchors of your page will appear that particular color.

In order to better understand this visually, here’s the output of when I ran this code on the W3Schools site:

You can see that the color of the anchors has been changed to red.

The ‘For In’ Loop

Another way of looping is the For In Loop. Unlike the For Loop, this loop won’t be using a counter. So this makes the whole process even more simple and hassle-free. In fact, the For In Loop is essentially a simplified version of the For Loop.

The following are different ways of looping using the For In technique.

1. Looping through an Object Property

JSON stands for JavaScript Object Notation. It’s a light format for storing and transferring data from one place to another. So in looping, it is one of the most commonly used techniques for transporting data that is the array format or in attribute values.

Here’s an example that demonstrates the above concept.

Here’s how you can withdraw a piece of information from JSON:

The second loop is the inner loop which is meant to cover all the internal values. These internal values are those which are inside the three nodes. Once you run the code, you will get these kinds of results:

If we go further in depth, there are a few more things you need to know about JSON.  The code that we just ran can also be expressed by including ‘[]’ to contain the above three nodes.

Types of Loops and Their Uses

Now let’s have a look at different types of Loops and their uses. We shall discuss the “While” Loop, the “Do While Loop” and the “The ForEach() Loop”.‍

A While Loop also doesn’t have a counter and only runs if the specified condition is true.  Here’s an example demonstrating the while loop where the loop runs till infinity:

In this loop, there’s a defined condition that needs to be checked at the end of the process.

Here’s how you can use the Do While Loop in order to loop through XML(Extensible Markup Language):

This method is used for looping through an array element. Here’s an example of this:

Looping through JSON in more detail with examples

We're making a list of books and we enter the title as “Lord of the Rings” and the year as “1994“and the count of pages as “3000”. Similarly, a large number of objects can be created and once it’s done, we will have a large database:

{% code-block language="js" %}
alert(books.length);
‍{% code-block-end %}
When we run this, the browser will display three. Essentially, with this, we checked that there are three objects in this array.

Keep in mind that in JSON, you need to separate your objects with a comma as you can see in the example.

In this example, we are looping within the array.

Once, I run this, all of the titles in my database would be displayed as shown below.

This article and video tutorial should have helped you understand the concept of looping through the array of JSON objects in JavaScript. Now you should be able to apply this tutorial to do things like running the For Loop, the For In Loop, the While Loop, and so on.

Umair is an experienced Software Engineer with a demonstrated history of working in the information technology and services industry. Now he is on a Full Stack developer journey at Microverse.

How to Use Associations and Class Names in Ruby on Rails

In this article we’ll discuss Associations and Class Names in Rails, and how the relationship works together to achieve your desired results. We will cover the four categories of Associations in Rails, then dive into Class Names so you can grasp a full understanding. 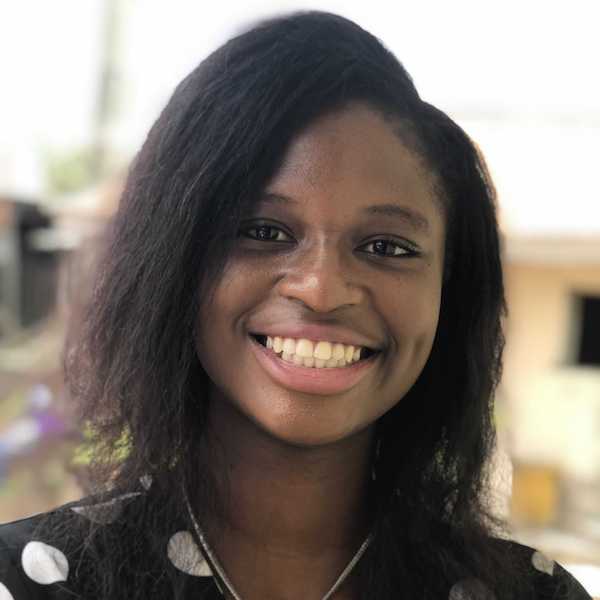 From Civil Engineer to Software Developer, How Miguel Did It

Ready for a career change? Do you want to become a global software developer? Then read Miguel's story about how he went from being a Civil Engineer to becoming a Software Developer with Microverse.